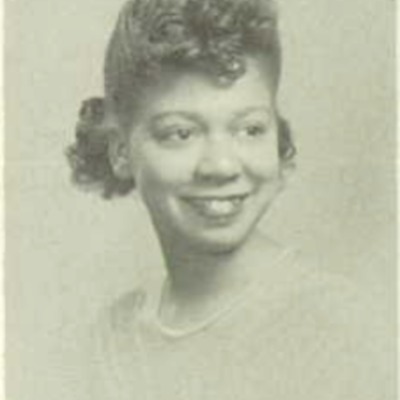 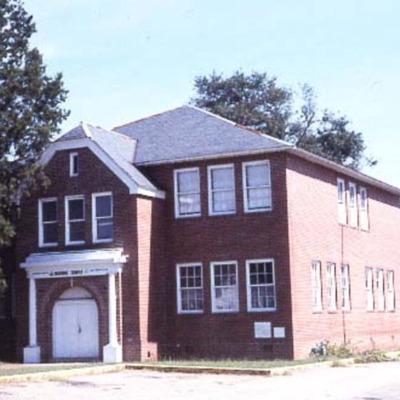 “Well I was just getting away from the South. I just went to Atlantic City. I didn’t like it down there. And then I come back to Philadelphia, work here on the subway. A job was hard to find, way back in that time. You couldn’t hardly find a job to work.” – Fletcher Hillian, 1984

The people who moved north during the First Great Migration came from many different backgrounds. They were school teachers, skilled workers, and businessmen as well as sharecroppers, houseworkers, and day laborers. Fletcher and Utensie Hillian both grew up on family-owned farms in South Carolina, receiving good educations. Fletcher spent two years at Colored Normal Industrial Agricultural and Mechanical College of South Carolina (today’s South Carolina State University) in Orangeburg, and there learned bricklaying and carpentry before the boll weevil drove him north to Philadelphia in 1924.

“Well, I think I found the first one on our farm, it was a little bitty bug, just about, about so big. A hump-backed little bug, a little tip on it.  My brother took that bug, take him to Chesterfield, up in town, had it examined. They said, ‘Yeah, that was boll weevil.’ The first one I found on our farm. Well, later years, they kept circling around until they got a plague. Everybody has them. They eat all your cotton. Eat the buds out. Couldn’t make much cotton. Just ruined the cotton farm. That was when I was a kid, when I was just coming up, before I got grown. So, when I got grown, the farm wasn’t much ...had to just quit the farm.” – Fletcher Hillian, 1984

A graduate of the Coulter Academy in Cheraw, Utensie had been a schoolteacher for five years before she married Fletcher and joined him in Philadelphia in 1925. They chose Philadelphia rather than New York or Detroit because of the shared desire to live in their own home.

The Hillians’s hopes of finding good jobs in Philadelphia, however, were quickly dashed. Unable to work as a bricklayer in Philadelphia’s segregated building trades, Fletcher carried hods and worked on construction crews in the summer, then worked in maintenance at the Insurance Company of North America. 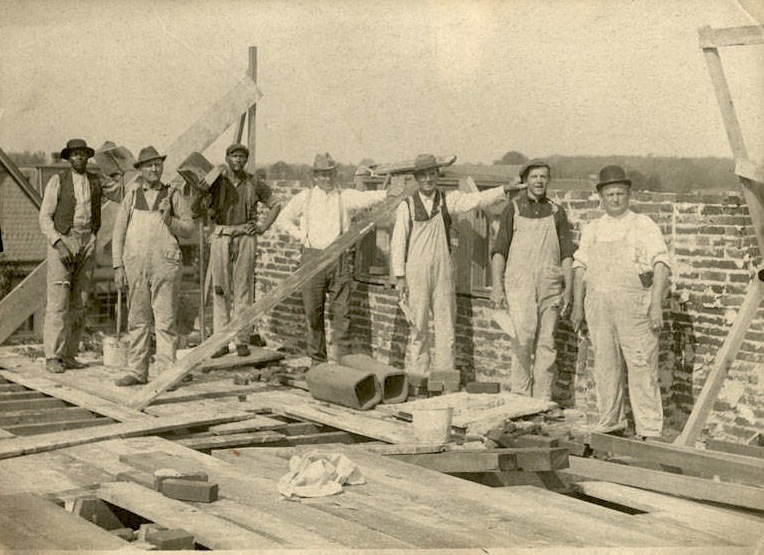 Bricklayers and Black Hod Carriers, Philadelphia, PA, circa 1915. Despite his training as a brick mason at the Colored Normal Industrial Agricultural and Mechanical College of South Carolina, upon is arrival in the North, Fletcher Hillian could only find a job carrying bricks as hod carrier. The Philadelphia building trades excluded Blacks from skilled work into the late 20th century.

Unable to teach because the state refused to recognize her teaching certificate, Utensie worked briefly as a governess for a wealthy family until they demanded that she also clean, wash, and cook.

“Well, I thought that maybe that I could get a job in the school system. But you had to have certain qualifications here to get in. In other words, the Pennsylvania certificate that I didn’t have. And then, I said then, I’d go back to school. You know, go to school here and get that, but I didn’t. I was married about a year. I became pregnant. And I didn’t have the money to go. And so, then I just went and got the best job I could with what I had. And that was with the Bureau of Recreation.” – Utensie Hillian, 1984

The birth of their daughter Jacqueline, in 1928, ended any thoughts of returning to South Carolina.

“One reason, I wanted to stay here was the education of my daughter. We only had the one child. And I knew the educational facilities were better here...My father was a farmer, but my parents believed in education. And they had 10 children, and out of their 10, three finished and went on to teach.” – Utensie Hillian, 1984

"Colored Citizens Own Much Property: Don't Have to Live in Slum Dives and Dilapidated Shacks," Philadelphia Tribune, Dec. 1919. The Tribune observed the same trend that drew the Hillians to Philadelphia: the ability for African Americans to own their own homes. 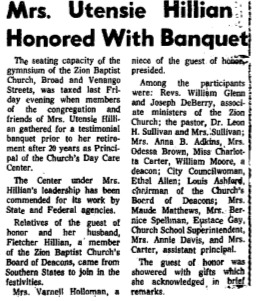 In 1930 the Hillians bought a modest rowhouse on the 2500 block of West Cumberland Street in North Philadelphia. Despite losing $1,000 when their bank—The Franklin Trust—closed its doors during the Great Depression, they never missed a payment. Fletcher took evening classes in welding and bricklaying at Central High School, then landed a job as a welder at the Philadelphia Navy Yard during World War II. Laid off at the end of the war, he worked seventeen years at the Gimbel Brothers Department store on Market Street. Utensie spent twenty years as a teacher and director of a daycare center for the Philadelphia Bureau of Recreation, and more than 30 years as a volunteer first aid instructor for the American Red Cross. As the oldest children of their respective families, the Hillians’ opened their home to five of Utensie’s siblings, who came north from South Carolina to find new lives and homes in Philadelphia.

“They wanted to come because they felt that it was better, and they didn’t want to be farmers, and so, we encouraged them, ‘If you want to come, we’ll do the best we can for you until you get a job.’ And now my brother had the home right around on 25th Street. They all bought their own homes as they advanced in their jobs…. They came up, and we had places for them to live until they got jobs…. about five or six came up. And we helped them until they were able to help themselves.…They all have lived with us. Not all at one time. They didn’t all come at one time. The youngest sister came first. And she would stay in the summer and work, and went back to college until she finished her education. And the other sister...had a home…across the street. And another one had a home up on Westmoreland, and my sister had a home up on 21st Street, plus a gorgeous place in Avalon…. So the family did, I think, pretty well, with our help and assistance.” – Utensie Hillian, 1984 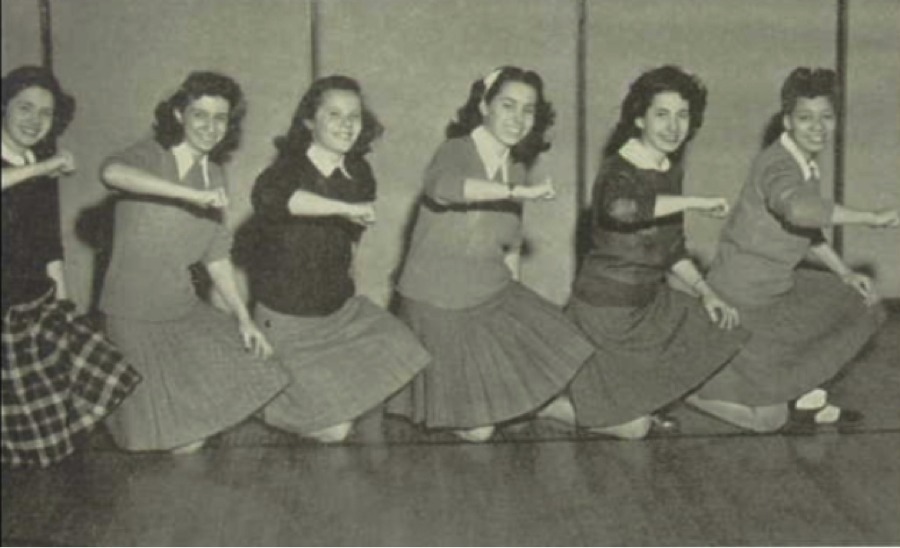 After graduating from Philadelphia High School for Girls, the Hillians’s daughter Jacqueline earned a degree from Howard University in 1946, married a career soldier, and when her parents were interviewed in 1984 was a department supervisor in institutional research at West Point. That year the Hillians were still living in the rowhouse that they had bought more than fifty years earlier.