“Negroes have no history,” was the answer a young African-American boy received from his white teacher when he asked her about his ethnic history. His name was Charles L. Blockson, and he devoted his life to collecting pieces of Afro-Americana and rare ephemera, proving his teacher was wrong. Blockson’s collection, housed at Temple University, holds over 500,000 items, some so rare, they do not exist anywhere else. Within the Blockson Collection, the Ruth Wright Hayre, Samuel D. Holmes, and William Still Collections hold materials that speak of the experiences of southern newcomers in Philadelphia during the Great Migration in the early 1900s.

Bishop R.R. Wright, Jr., prominent in Philadelphia during the early to mid-twentieth century, authored a number of books on religion and sociology and founded the Richard R. Wright, Jr. School of Religion and other institutions. A majority of the documents in the collection are on the African Methodist Episcopal (A.M.E.) Church and its leaders, including R.R. Wright, Jr. After completing his theological training at the University of Chicago (1904), R.R. Wright, Jr. moved to Philadelphia to earn his PhD and became a respected figure in the A.M.E. church. In 1908, R.R. Wright, Jr. began working for the Armstrong Association and became editor of The Christian Recorder and the manager of the A.M.E. Book Concern. Most of the items in the collection cover the years 1920-1969. The Blockson Collection consists of scrapbooks, photographs, letters, pamphlets, newsletters, speeches, newspaper clippings and other ephemera. Most of the photographs in the collection are of unidentified students, schools and churches, R.R. Wright, Jr., and friends and relatives of the Wright family. Other items provide information on politics, culture, social affairs, business and civic activities, and other prominent Black figures in Philadelphia. 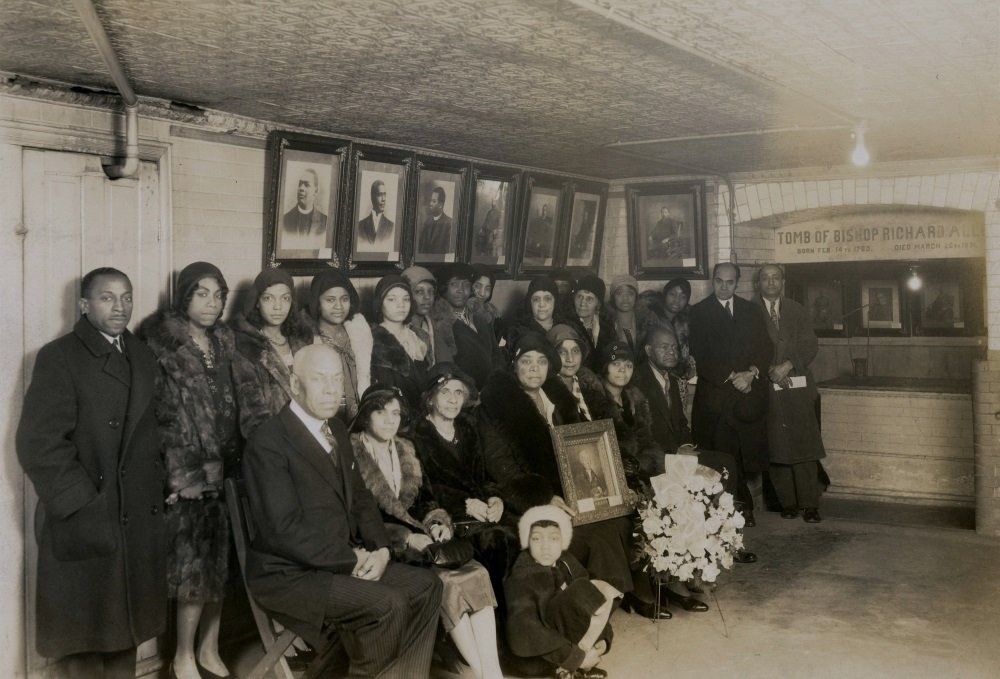 This collection of photographs, newspaper clippings, pamphlets, flyers, and other rare ephemera of Afro-Americana, dates primarily from the mid-twentieth century. Samuel Desmond Holmes (1889-1978), was born in Virginia and moved to Philadelphia in 1925. There, Holmes ran a newsstand and shoeshine parlor on South 15th Street for fifty-three years. A prominent Mason, Holmes also was active in politics and served one term in the Pennsylvania House of Representatives (1937-39) as a Democrat during Governor George H. Earle’s administration. The Holmes Collection includes his private papers and other rare ephemera that highlight the political, economic, and social experiences of African Americans in Philadelphia during the Great Migration.

This collection of rare ephemera, consists primarily of family letters and photographs donated to the Blockson Collection by members of the Still family, including William Still’s daughter, Dr. Caroline Still Anderson (1848-1919), Dr. Charles Lewis (1883-1957), and Helen Anderson Waller (1882-1953). William Still (1821-1902) was an abolitionist involved with the Underground Railroad in Philadelphia, providing rooms for runaways and working with the Pennsylvania Abolition of Slavery’s Vigilance Committee to raise funds to help them get to Canada. Materials within the collection mainly concern the daily lives of the Still family members, particularly William Still and his daughter Caroline, the primary correspondents in the collection of letters from 1865-1899. The collection also includes family memorabilia and pamphlets, flyers, and other documents saved by Anderson, Waller, and Lewis. This collection not only provides insight into the lives of this prominent Philadelphia family, but also shows Blacks as active participants in the struggle for freedom.