Ernest Graves, born off the coast of South Carolina on Cat Island sometime around 1894, shuttled back and forth between relatives in Georgia and South Carolina during his childhood.

“I sharecropped... and then we went on back to Buford. Then we stayed at Buford a while and then we went back to Savannah. So, I stayed in Savannah for a while. I wasn’t grown yet, but I thought I was. So I ran away from my adopted people. I then went to Blackville, South Carolina. And that’s where I met my other part of my family, and I found out that my mother had grandchildren older than I was.” – Ernest Grey, 1984 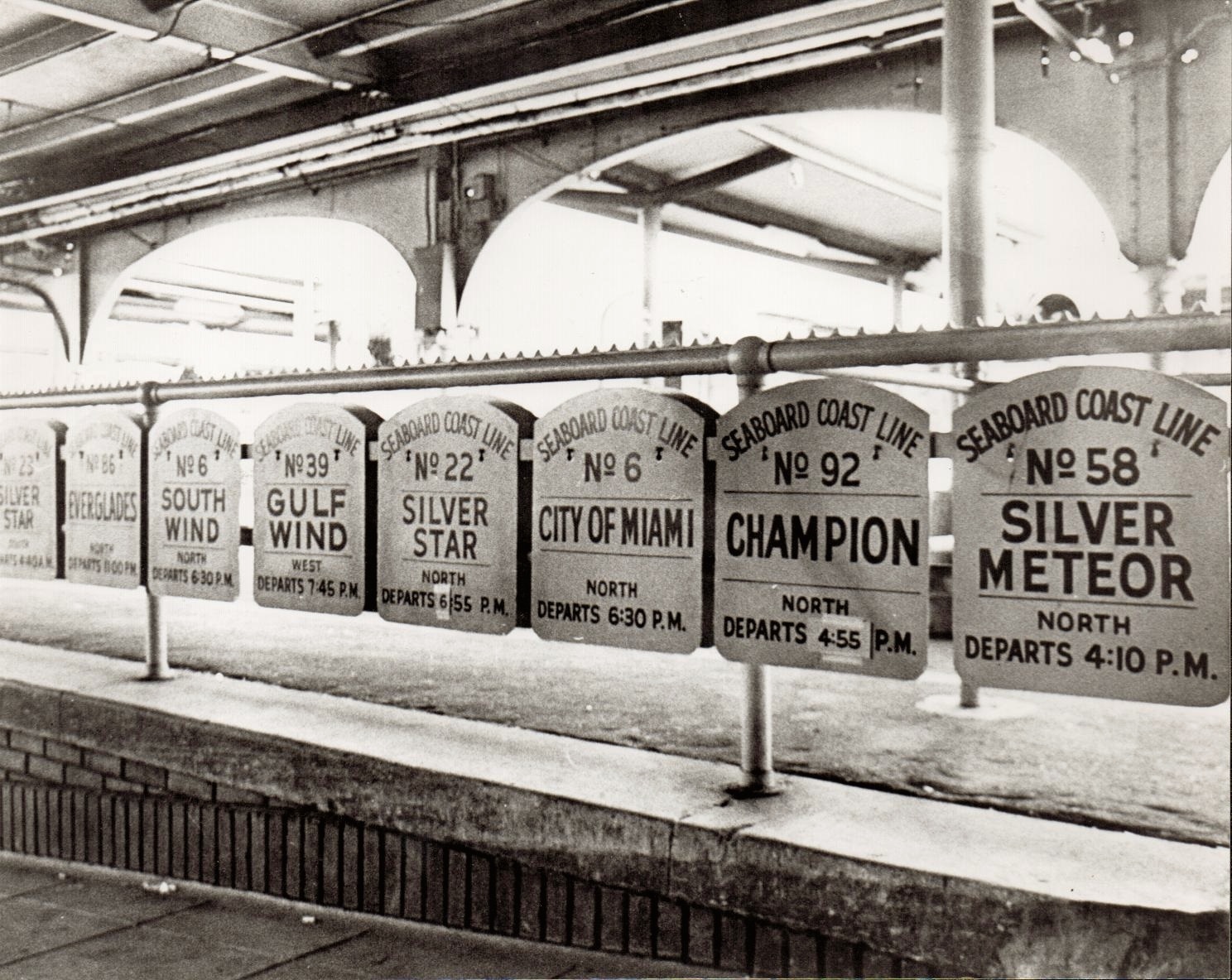 Train Schedules in Jacksonville, Florida, c. 1918. After local authorities arrested labor agents and southern Blacks to prevent folks from moving north, the Pennsylvania Railroad made secret stops in the country to board people without interference. 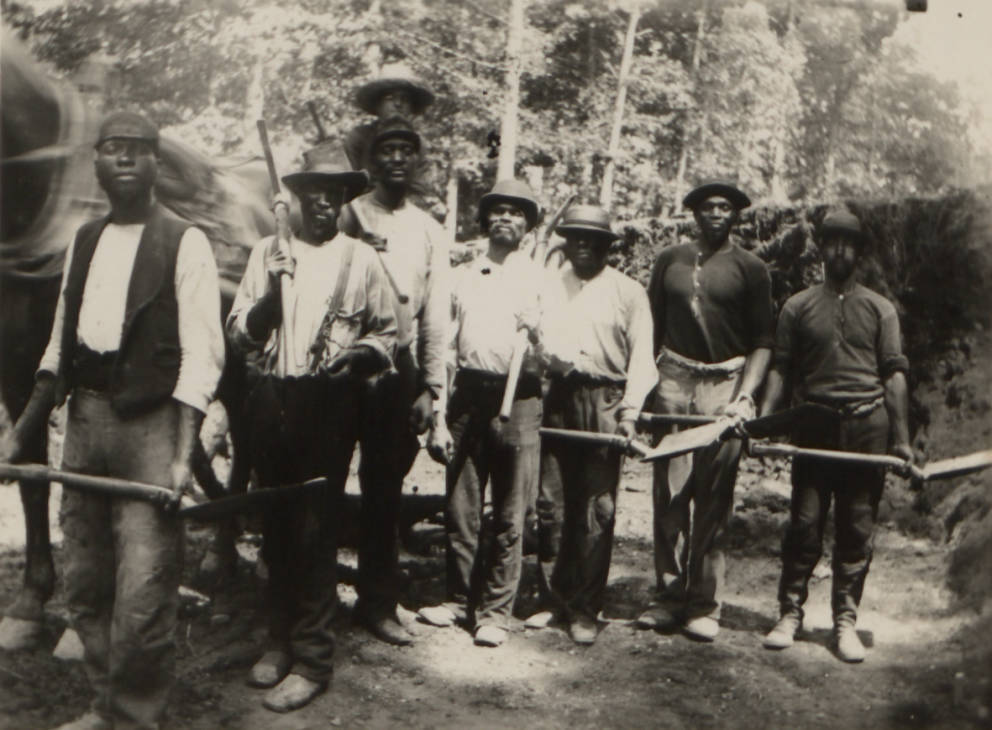 African-American laborers working on the Wilmington and Northern Railroad near the “New Bridge,” c. 1918.

After the outbreak of World War I in 1914, American industries experienced growing labor shortages. In the spring of 1916 the Pennsylvania Railroad began to send empty rail cars south, bringing people north to work on its tracks and in its rail yards. When he hopped a train in 1916 Graves became one of the more than 10,000 carried north by the Pennsy before it discontinued the policy in 1918.

“I come up on the free transportation. Then, that particular time, they had it out that it wanted to get on all the colored people from down there that they possibly could. So they sent a train from—they wouldn't let us leave at the Union sheds, so... we had to get on the train at a place called Four Mile Hill. That’s out from Savannah, near Charlestown. So we had to go out there to get the train coming north. The train was about 13 coaches long. Everybody tried to go. We all had to have a seat. But the whole gang of us didn’t have a seat, but they did when the man come through the checking. They would hide under the seat. Every big, city they come to, they would cut off a car. Leave a car there. So we find out, and myself and two or three other fellows find out that, and we changed cars. And, and so we got to the nearly last car, and we put off at Paoli, Pennsylvania. And that’s where we stopped at.... So we went to working on the railroad right there....” – Ernest Grey, 1984

Graves may have headed north not knowing where he was going, but he did not leave completely unprepared.

“Well, I used to hear that northern states were so cold, and you couldn't make it. So I figured I’m coming up, and I bought an overcoat, and that’s in July, when I come up here. I got me a extra overcoat. And when I come here I was like to burn up (laughs) I had it’s cool, though. It’s much cooler in the early in the morning, you know? But in that and after, when the sun come up, now it was so hot I—and it seemed like—you see, we called it ‘The monkey’s dancing on the rail,’ it was so hot. But it was much different because it was cool at nighttime, and hot in the daytime.” – Ernest Grey, 1984

Corner of 13th and Lombard Streets, Philadelphia, PA, c. 1928. When Ernest Grey arrived in Philadelphia in 1916, the city's densest concentration of African Americans resided between Lombard and South, from 7th to 23rd Street. Local newspapers ran sensational stories on Black overcrowding, including one account told of 20 men sleeping on the floor of a 16-by- 20-foot room.

In Paoli and other railroad camps the men did hard labor outdoors, and slept in makeshift, often isolated shelters.

“The next day we went out there, and was working, and saw some of the boys went to Philadelphia and we went around and got acquainted with some people. And they come back and tell us while we laying there, sleeping there, talking about how good Philly was. So I decided I would try Philly out. They didn’t mind me. Don’t mind you leaving. You could leave anytime you wanted. So I worked about a week, and I got draw my money, and we decided to come to Philadelphia…. And we went to a rooming house, 16th and Lombard. That’s the first house I stayed in 16th and Lombard.” – Ernest Grey, 1984

Once in Philadelphia, Graves found a job at the Campbell's Soup Factory across the Delaware River, in Camden, New Jersey. 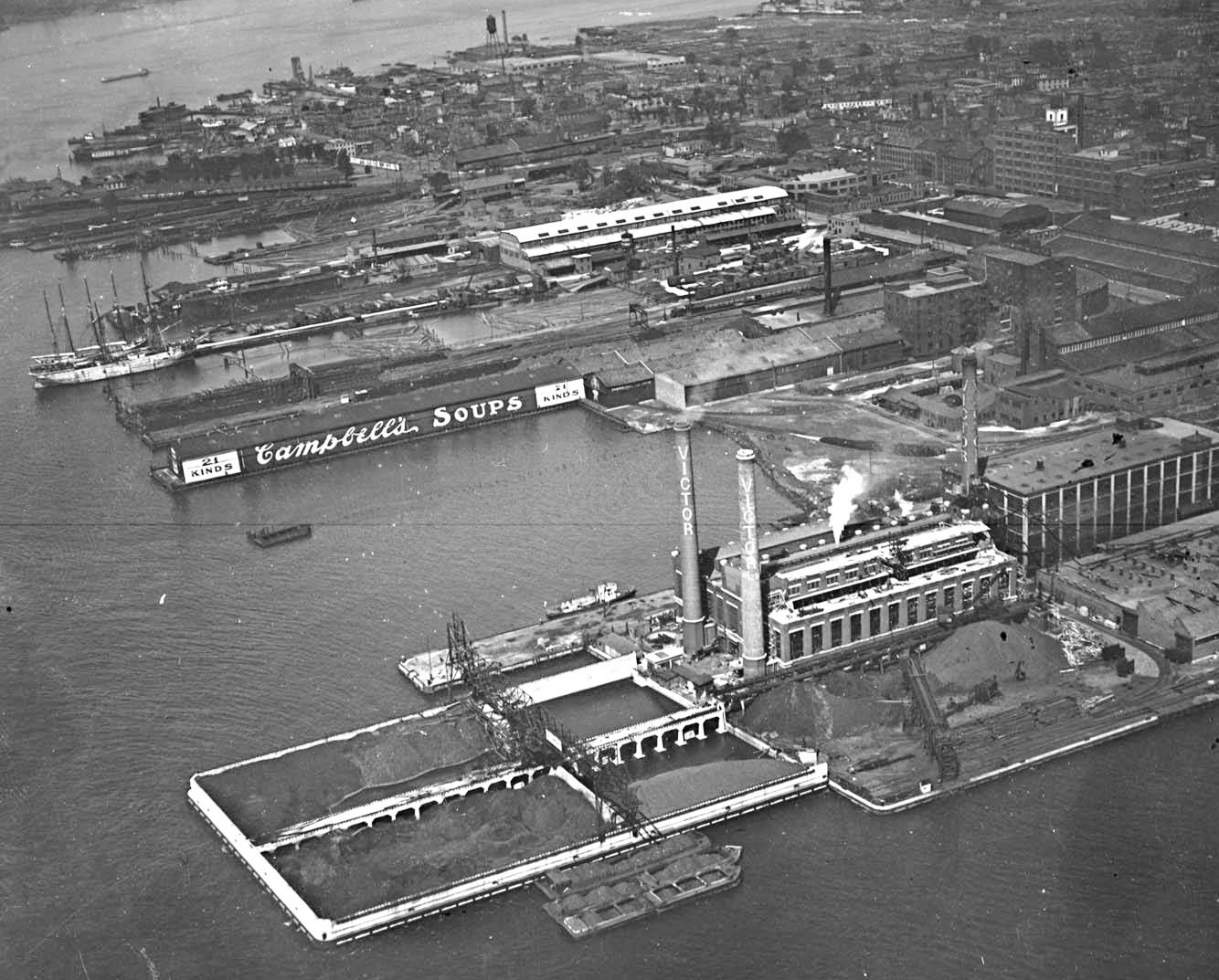 Camden, New Jersey waterfront, c. 1920. Located just across the Delaware River from Philadelphia, Camden during the early 1900s was a thriving industrial center and home to the New York Shipyard, Campbell's Soup Company, and the Victor Talking Machine Company.

“Yeah, I worked at a whole gang of jobs up in New Jersey, in Camden. I worked at Eavenson soap factory. And I worked at a car plant. I worked at... Victor Talking Machine. And I worked different times to a coal yard...Before I got there, a job New York Shipyard, and that’s where I end up at. And that's in the wartime—First World War. I worked there, 'til the war ended.” – Ernest Grey, 1984

Jobs were plentiful during World War I, so Graves, like other southern migrants, moved from one employer to another. Record keeping was sloppy, but to get paid—often in gold coins—you did need to give your age and your name. Moving from one relative to another as a child and with negligible schooling, Graves knew neither when he was born or how to spell his own name.

“So I told them at the Campbell Soup factory that I was twenty-one. People then had to be over twenty-one, to get a job. Now I wanted to be sure I’d get the job, so I could remember twenty-one.... So, the man asked me he said, ‘Well, you were born in 1895 then?’ I said, ‘Yeah.’ See, didn’t know nothing about that, but I said, ‘Yeah.’ So, they asked me what was my name. Well, my family name was, Graves, but I couldn’t spell it right, so I said Grey. And that’s what I’ve been going by. And that’s, that’s from the beginning, when I first come north.” – Ernest Grey, 1984 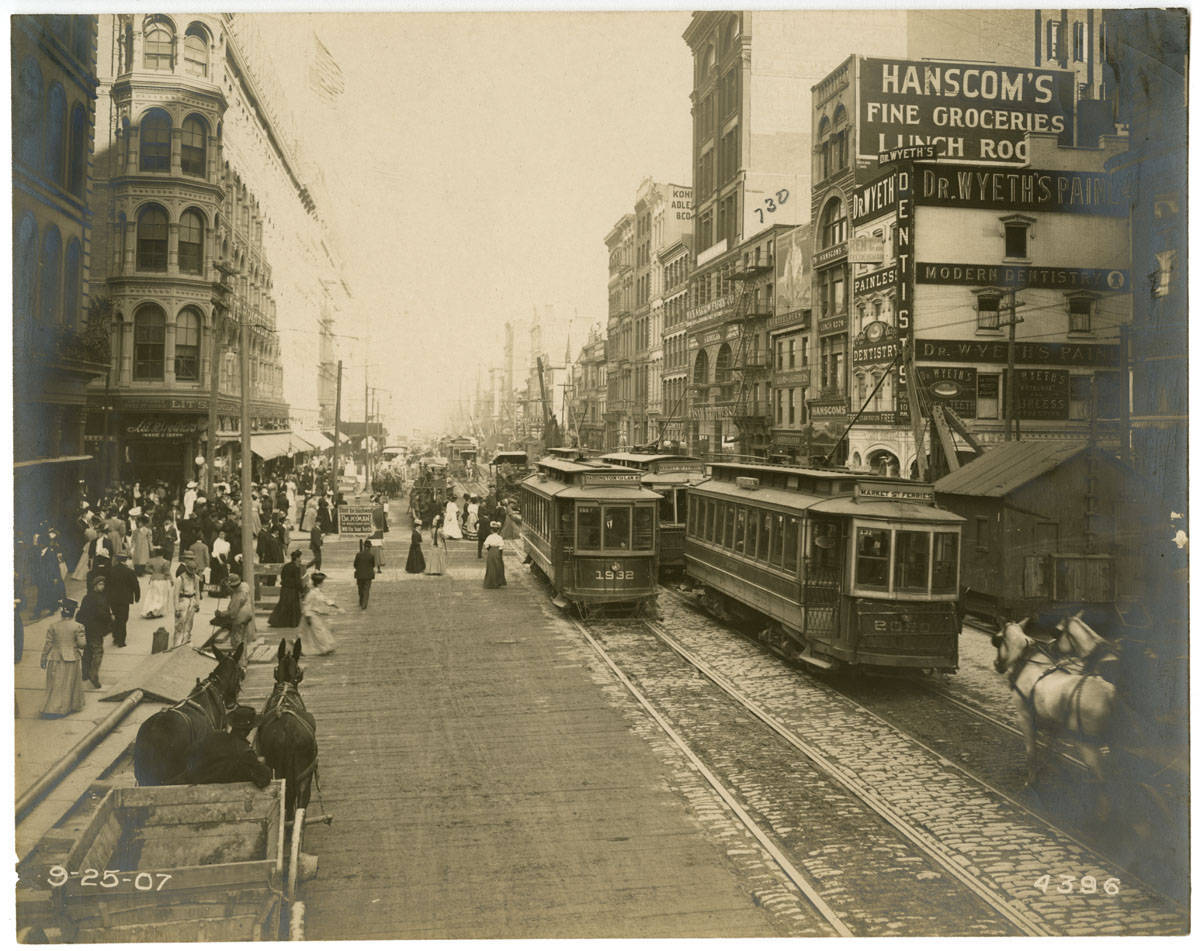 With a new name to go with his new life, Ernest Grey after the war found a position at the Lit Brothers department store in Market Street. Sometime in the early 1920s, he moved to New York City, then returned to Philadelphia in 1928, jumped from job to job, and then worked at a laundromat on Vine Street for thirty-five years.

“Every time I’d think about going back south, somebody would come up and say something about it, so that changed my mind. I never did go back no more. I never did until ‘82, I went down to the church and, it seemed like something come over me, I don’t know where it come from, but I tell one of my friends in the church that I would like to-- I felt like seeing some. I didn’t even know whether none of my people were there. You know, it had been 70 years since I seen any of them.” – Ernest Grey, 1984

In 1982, supported by contributions from members of his church, Grey for the first time returned to the South to visit a neice and other relatives he had never met. Ernest Grey lived out the rest of his years in Philadelphia, where he is believed to have passed.