An advertisement for Howard University, a historically black university in Washington D.C. The university was originally founded in 1867 as a theological seminary, but was expanded to included a college of liberal arts and medicine. The university played an important role in the Civil Rights Movement. 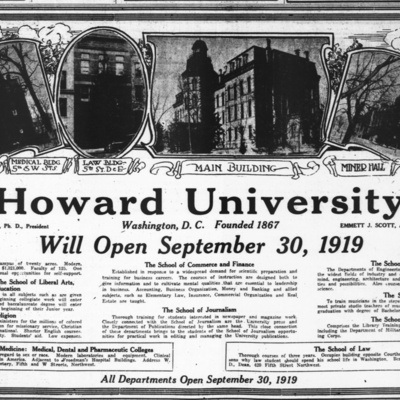