The Philadelphia Tribune's photo supplement features Citizens' & Southern Banking Company, claiming it as  the most "Progressive Financial Institution" and the "Finest Bank Building of the Race in the North." The pictorial features the president of the bank and the other affiliated employees that the bank holds on staff. 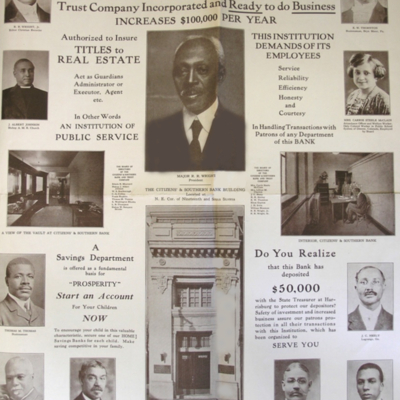 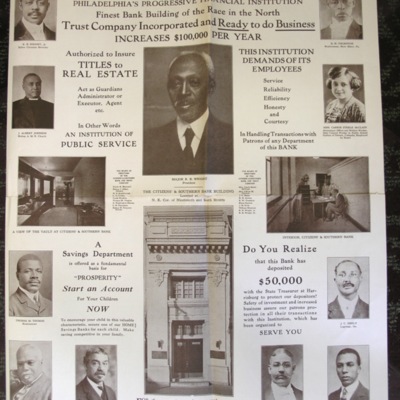