Ruth Wright Hayre (1910-1998), was born in Atlanta, Georgia and raised in Philadelphia. She was the daughter and granddaughter of two of Philadelphia’s most prominent businessmen and civic leaders in the early 1900s. In her 1984 interview, Hayre talks about the lives of her father, Richard Robert Wright, Jr. (1878-1967), who moved to Philadelphia in his late twenties to continue his education, and her grandfather, Richard Robert Wright, Sr. (1853-1947), a former college president who came to Philadelphia in 1921 to start the Citizens and Southern Bank with his son, R.R. Wright, Jr. Like her father and grandfather, Hayre was an educational pioneer, as Philadelphia’s first African-American high school teacher and principal, and the first female head of the Philadelphia School Board. 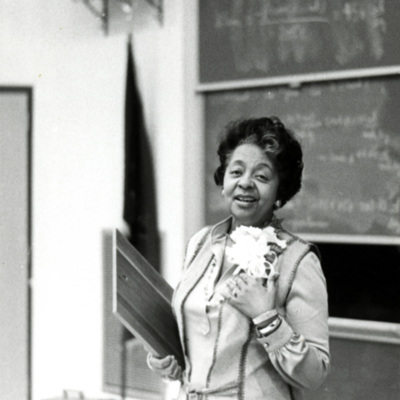