This newspaper article advocates for the election of Lawyer G. Edward Dickerson as representative of the Second Senatorial District of Philadelphia. It lists the many times he has stood up for African-American citizens, including how he defended Black men who were thrown in jail during the 1918 riots.

Our well known townsman, Lawyer G. Edward Dickerson, again comes to the fore in his fight for self-expression on behalf of the colored man. Mr. Dickerson contends that the colored people who compose one-twelfth of the population of the city of Philadelphia, should have a representative in both the Legislature and in the new City Council, which will be composed of 21 members.
Because of his consistent, earnest, honest and determined fight for a "place in the sun" for the colored man, Mr. Dickerson has been urged to be a candidate for City Councils in the Second Senatorial District, comprising the 2nd, 3rd, 4th, 7th, 8th, 9th and 30th Wards of the City of Philadelphia, and limited by Market Street on the North, Washington Avenue and Ellsworth Street on the South, the Schuylkill River on the West, and the Delaware River on the East.
For more than 15 years, Mr. Dickerson has made a determined stand, both at the bar and in politics for justice and equal rights of the colored man. The writer recalls the long and determined fight he made to keep Frederick Brown from being taken back to South Carolina and lynched. We also recall how he went to the rescue of the man, Collins, who was charged with the murder of Mr. Yarnall, at 7th and Pine streets, who was killed under mysterious circumstances a few years ago.
But Lawyer Dickerson's best known work was when he came to the front in the riots in South Philadelphia a little more than a year ago. Mr. Dickerson had just been defeated as a candidate for nomination to the State Legislature. When the riots began, Lawyer Dickerson volunteered his services and undertook to break up the riot and to defend the large number of colored men with broken heads and wounded bodies, who had been thrown in prison, without regard to money or price or danger to his own existance. Several times he was threatened with great bodily harm and death, but notwithstanding this, he stood by his people without hope of reward or fear of punishment.
A man who has served his people with such untiring energy and consistent devotion through sumer's heat and wintry blasts deserves not only the confidence but the loyal support of those for whom he has labored.
Remember the white leaders only accord consideration to those who by their votes prove they are restless and will continue to be restless until they are accorded the representation due them. 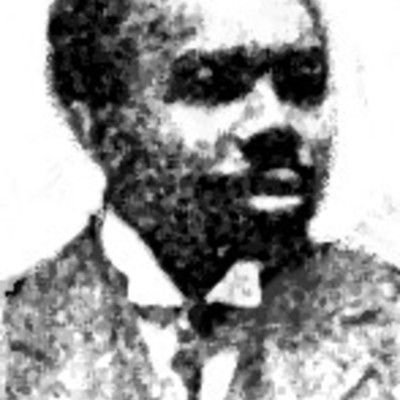 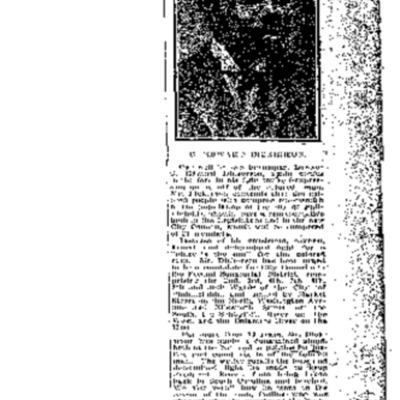 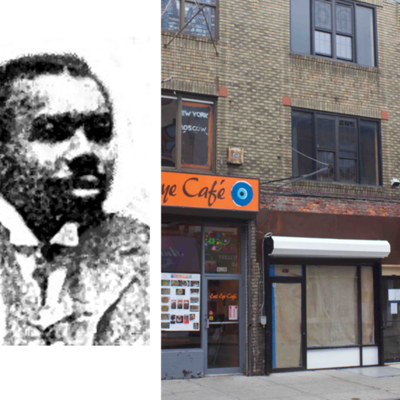