Newly Dedicated Home of the O.V. Catto Lodge of Elks

Newly Dedicated Home of the O.V. Catto Lodge of Elks

One of the largest African-American organizations in Philadelphia, the O.V. Catto Elks Lodge swelled from 600 members in 1921 to over 3,000 by 1926. That year, the wealthy Forrest White Woodard, who ran an illegal “numbers” gambling operation, gave an interest free loan of $12,000 to enable the Elks to complete its new lodge at 16th and Fitzwater. The O.V. Catto Lodge remained a hub of community life for 30 years. In addition to its large meeting space and recreation facilities--including a full boxing ring and a basketball court--the building boasted a large roof garden for formal gatherings. The lodge’s "Two Bit Club" was also a draw. For years, the members of the Catto String Band were the only African Americans to strut in the annual Mummers parade on Broad Street, marching just ahead of the street sweepers at the end of the parade. The O.V. Catto Elks Lodge hosted Bessie Smith’s funeral in 1937. Her body was originally laid out at Upshur's funeral home. As word of her death spread through Philadelphia's Black community, the body had to be moved to the lodge to accommodate the estimated 10,000 mourners who filed past her coffin. Contemporary newspapers reported that her funeral was attended by some 7,000 people 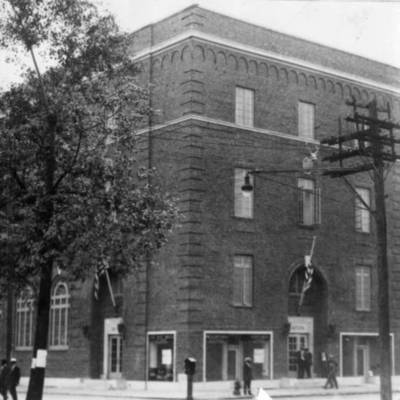