William Steffens's Journey to the North 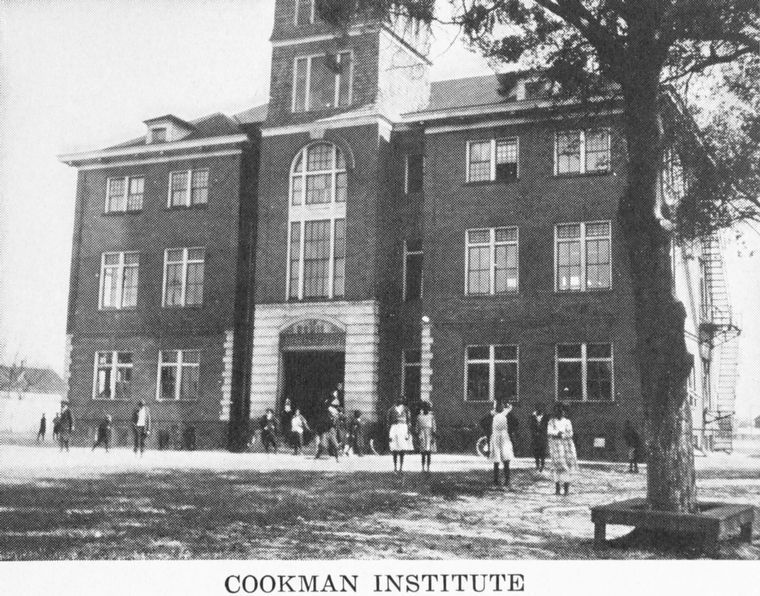 Cookman Institute, Jacksonville, FL, circa 1920. Established in 1872 by the Freedmans Aid and Southern Education Society of the Methodist Episcopal Church, Steffens attended Cookman, the first institution for higher education of African Americans in Florida.

William Steffens grew up in Jacksonville, Florida, remaining there until his family began to make their way North. In the South, he faced racism. During his education at the Cookman Institute in Jacksonville, affiliated with the Methodist Church North, one principal made it clear through his instruction he found people of color inferior to white individuals, and even drew on Biblical scripture to justify it.

“Well, it got on my nerves so bad, he found that part in the Bible that says, ‘Servants obey your masters, for this is right in the Lord.’ I said, ‘What does that mean?’ Oh, I hollered right out, right in that, and my teacher, she was a remarkable woman, she said, ‘Get up! Get up! Get out! Get out here!’ If she hadn’t sent me out there ... I’d have been suspended from school, you understand?” – William Steffens, April 23, 1984 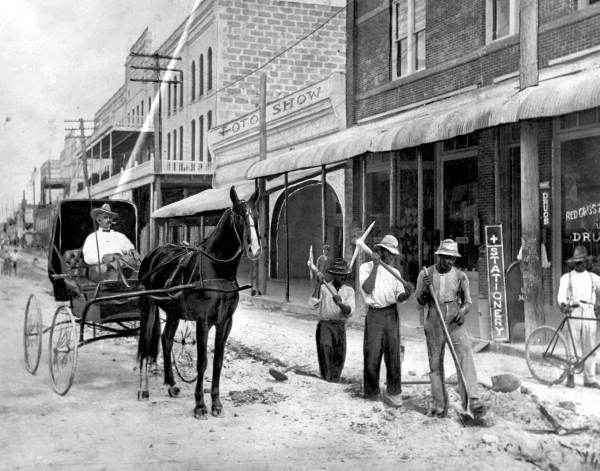 African-American workers digging a trench, East Flagler Street between Miami and 1st Avenues, Miami, Florida, circa 1910.  William Steffens learned carpentry skills from his father, who made his living working in the construction boom that transformed the southeast coast of Florida into the new “American Riviera.”

Though Steffens attended this private institution which charged tuition, his family was of low economic status. His father, Manuel, worked as a carpenter across Florida, traveling from Jacksonville to Key West, often suffering from on-the-job injuries. On numerous occasions, Manuel would fall at work, and after these falls Steffens's mother would bandage him up and he would go directly back to work.

“Sometimes, when he loaded that scaffold, with a lot of lumber, shingles, whatever he was using, it would break, he would fall. He had three dislocated shoulders, he had three broken ribs. Mother would put that plaster all around him like this, you know, and tie him, and bind it, and bind him up, and go right on back to work.” – William Steffens, April 23, 1984

Through all of this, however, Steffens’s relationships with the white people in Jacksonville were tenuous at best, and by 1917 he thought it was best for him to head North. He heard numerous reports of opportunities for prosperity in the North, and figured out a way to head there. After getting past the white men at the docks, he boarded a boat and made it to New York City. He only remained there for only two weeks before moving to Philadelphia, where he roomed with his future brother-in-law. 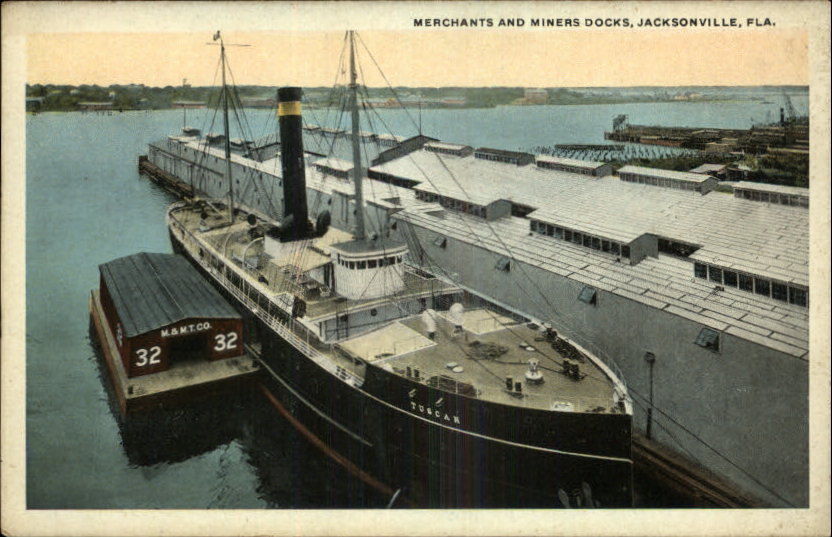 Merchants and Miners Docks, Jacksonville. FL. On April 5, 1917, Steffens escaped from the South by paying for his passage on a boat from Jacksonville to New York City.

“I bought a ticket to go on the ship from Jacksonville to New York. There were about a half a dozen young men like me getting ready to go, and a fellow that was at the dock, he was a colored man, he walked up to us. He said, ‘Look, all of you all can’t leave here at one time, because they won’t let you go.’ He said, ‘Now, there’s another ship going, another day, and if you go—’ See now, this was the Lenape dock, and there was a merchant miner dock a little further on. He says, ‘Now, if you go down to the merchant miner dock, we split up this group,’ and then you know, with just two of us right there, and these crackers came up, said, ‘Well, where you there, nigger?' I said, ‘Well, we’re going, we got a ticket here for the ship.’ ‘You got a ticket going somewhere?’ ‘Let’s see that ticket.' And I looked at him and showed him. ‘Uh-huh,’ says, ‘You’re going to New York. What you going to do up there?’ Now, I couldn’t tell him I was going up there to do war work, because they didn’t want us to do that… because we were going to get five, and six, and seven times the amount of money that they ever paid us down there, you understand? …. I said, ‘I have a mother up there. She is very sick. I am going up there to try to help her out, because my father has a stroke, and he’s incapacitated.’ ….. And I said, ‘That’s where I’m going.' 'Oh, yeah. Uh-huh. And where are you going?' [he asked another young man]. He said, ‘I’m going along after him, because I’m his cousin.’ Well, he wasn’t no kin to me, but you know, we had to do all those kind of things, and that’s the way we, that’s the way I got away.” – William Steffens, April 23 1984 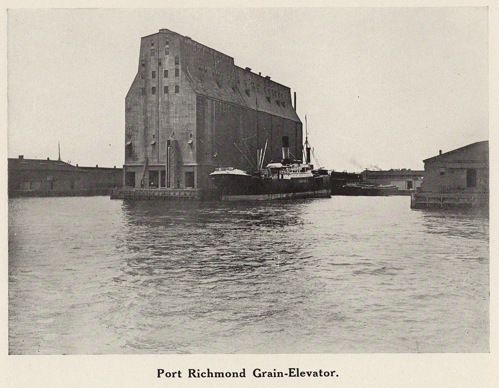 After arriving in Philadelphia, Steffens intitially worked on tramp ships in Port Richmond, along the Delaware River. These ships transported grain and other foodstuffs to Europe during the First World War. He worked building partitions for containing the grain in those ships. Not long after this he began doing carpentry work.

“After I had established my own record as a contractor here, I was in competition with a white men working, and I think they resented that. And one of the men [asked], why didn’t I join the paper-hanger and painters’ union. And I thought it over. He gave me application form, and I was discussing it with some of my other workers… especially concrete or cement men, and he said to me, ‘Don’t you join no union,’ he said, ‘because if you do, you’ll never get work,’ he said, ‘because if you join the union, you will have to agree to union terms, and declare that you’re going to follow out all the union terms and obligations, and that means that you wouldn’t be able to take a job, and work for less than union wages, and colored people couldn’t pay union wages. And white men wouldn’t pay you union wages, when they could get a white man to do the same job.’ He said, ‘And if you take that, you see, you would never get a job, because as soon as you took a job for a colored client, you would be regarded as a scab, because you couldn’t get union wages from them, because they were poor people, and they had homes, but they needed some work done, but they couldn’t pay union wages.’ And he said, ‘So you stay out of the union.’” – William Steffens, May 24, 1984 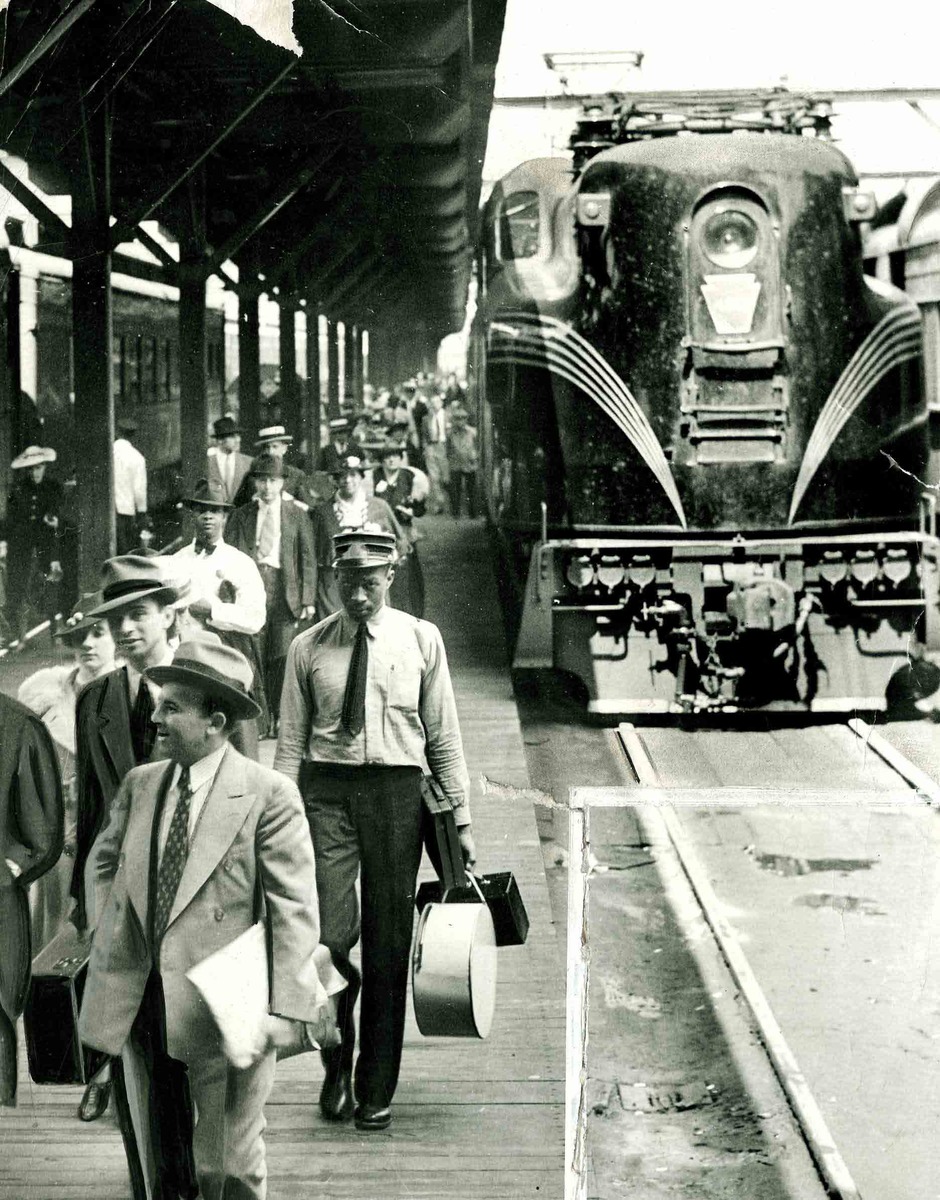 African American Porter at the Broad Street Station, Philadelphia, PA, Philadelphia Record, circa 1940. (Source: Historical Society of Pennsylvania) In his 1984 interview William Steffens shared that White Philadelphians allowed African Americans to sit side by side with them in trolleys and buses, "But when you got up, you went to a mop and broom, because there was no office for you to go to up here."

Despite the sytemic racism of Philadelphia's building trades, Stephens's work enabled him to provide well for his family. While Steffens found some success in his construction work, however, he concluded that the opportunities promised to him in the North were not as they had been portrayed.

“So I felt then, that the opportunities that they told me would be available to me before I left the South, it wasn’t so. I found out to my consternation that the white man up North was perfectly satisfied to ride with you on the subway cars, or on the elevator trains, and sit by the side of you, because when he got up to go to where he had to go, he got up with his briefcase, and went to his office. But when you got up, you went to a mop and broom, because there was no office for you to go to up here. But in the South, when colored men rode in the back in the busses, and the trains, and the trolley cars, in the South, when they got up, they went to their occupations, which was brick-laying, cement-finishing, carpentering, and mechanical engineering, but they had to ride in the back of the busses…. So that is the difference. It’s the same, it was, I found out, it was the same thing, only just painted with different colors. It was that same degree of segregation, and denying, denial of privileges that we thought we were going to enjoy when we came North.” – William Steffens, May 24, 1984