A photo of Central Time Station looking east toward Hog Island Shipyard. The area is of note for it being the largest shipyard in the world at the time (1918) after the US Government contracted American International Shipbuilding to construct a shipyard and ships on the island. Ships constructed here became known as "Hog Islanders," most of these ships ended up being cargo ships, with a few being transport ships. Those who worked there remembered the torrential snow of the winter of 1917-18.

Courtesy of the Independence Seaport Museum 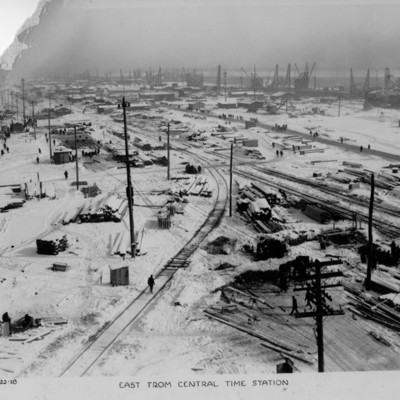 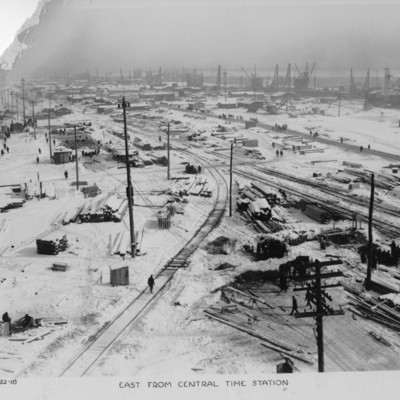