I. Maximilian Martin Jr. brought suit against the theatre manager for the Stanley Theatre in Philadelphia on the corner of 16th Street and Market Street. Martin Jr. had the manager arrested and held in jail for forcing Martin Jr, and George Evans Jr. to sit in the gallery. Eventually the N.A.A.C.P.'s involvement in the case pushed the Stanton Theatre Company to desegregate all their Philadelphia theatres. 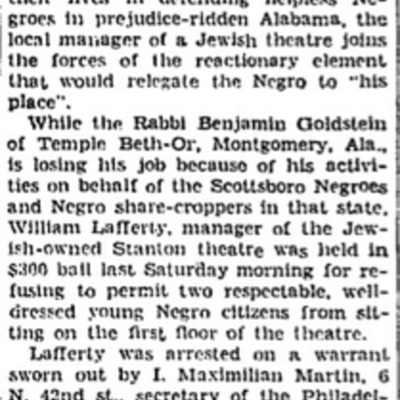