The Hotel Brotherhood, on 1523 Bainbridge Street, Philadelphia, Pennsylvania, was founded in 1883 to provide medical benefits for African-American hotel workers. It is one of the earliest examples of a union designed to represent African-Americans, and later expanded to include workers from other trades as well. The current building at 1523 Bainbridge Street was purchased by the The Hotel Brotherhood in 1906, and the organization now operates under the Bainbridge Club.

Courtesy of The Charles Hardy Collection 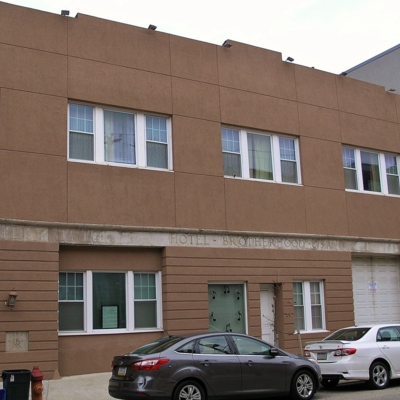